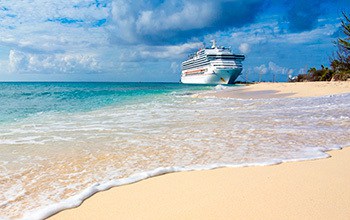 When someone thinks of taking a trip to Europe the usual destinations cross their minds, such as Paris, Amsterdam, Barcelona, or Rome. Although these are all incredible destinations, they can often be crowded with other tourists, causing lines and waits at many of the local attractions. But fear not, because we took the time to tell you our 5 must visit cities in Europe that probably aren’t on your list (or anyone elses)!

Although Berlin might be Germany’s most popular and well known city, Munich also has plenty to offer but often with fewer tourists. Munich is Germany’s third largest city, so it is not lacking in culture or excitement. In fact, Munich has some of the most extensive museums in the world, such as the Deutsches Science and Technology Museum and the BMW Museum. The city is also home to dozens of ornate theatres and diverse architectural styles dating back hundreds of year.

If your seeking something more active, test your luck at Eisbachwelle, the local urban surf spot, although we should mention, it isn’t for beginners! From its people and its culture, to its food and activities, Munich provides its visitors with a warm and authentic German experience!

When people think of traveling to France, most people immediately think Paris, as if the rest of France didn’t exist. But let me tell you folks, there is so much more to this cultural gem of a country! Travel to the south of France to find yourself in Nice, possibly the most gorgeous coastal city of France. Nice has gorgeous blue waters, miles of boardwalks and beaches, as well as a lively and classic french culture and architecture that has you feeling like you just stepped out of a time machine!

There is no shortage of activities and places to explore in this town, but if you choose to drive outside of town, you have access to some of the most beautiful natural landmarks in the country. Travel by car a couple hours west to the Verdon Gorge, an incredible limestone canyon carved out by icy blue glacial waters.  The area attracts hikers, mountain climbers, kayakers, and drivers from all over the world and with good reason, It’s gorgeous!

Have you always wanted to travel to Greece, but also wanted to avoid the tourist saturated areas such as Santorini, Athens, or Mykonos? Then you should give Preveza a look!

With gorgeous beaches, ancient monuments, and cultural landmarks, Preveza has everything you could ask for out of a Greek Getaway. Explore the Nicopolis Museum, an ancient town that’s over 2000 years old! Then finish your day with an afternoon on Kanali Beach. Or you could kayak the Acheron River and finish up your day exploring the downtown and the wonderful shops and restaurants it has to offer. So if you are looking for that classic greek getaway without the crowd, check out Preveza!

There are so many incredible places to see in Italy, not to mention its rich and unique culture, it’s no wonder that this country is one of the most sought after tourist destinations in Europe. But until recently, your average tourists might not have known about one of Italy’s seaside secrets, Positano. Although there are so many great photos and images of the town, none of them due Positano the true justice Positano deserves. Built into the face of seaside cliffs, the town steeply climbs up from the shore with pink, yellow, and white buildings cozily nested on the mountainside.

The town culture is very relaxed, with most of the local activities consisting of tours, swimming, eating, and shopping. So take a trip to Positano, take a load off and see what it means to live life the Italian way.

For most people planning their euro-trip, Hungary rarely makes the list, but we’re here to tell you why it should! Budapest, Hungary’s Capital city, could be the most beautiful city in Europe that no one really knows much about and the city’s colorful history and culture helps us understand why the city is so exciting! you can visit the monumental Parliament Building for a taste of exquisite gothic architecture, or stop by Gellert Baths to experience a full service Hungarian spa that first opened its doors about 100 years ago.

For those of us who live for late nights, there are many bars, nightclubs as well as concerts that are occasionally held in the City’s communal baths! If you want a fun, cultural, and historical destination, Budapest must be on your list!

So there you have it, 5 incredible European destinations to add to your list!